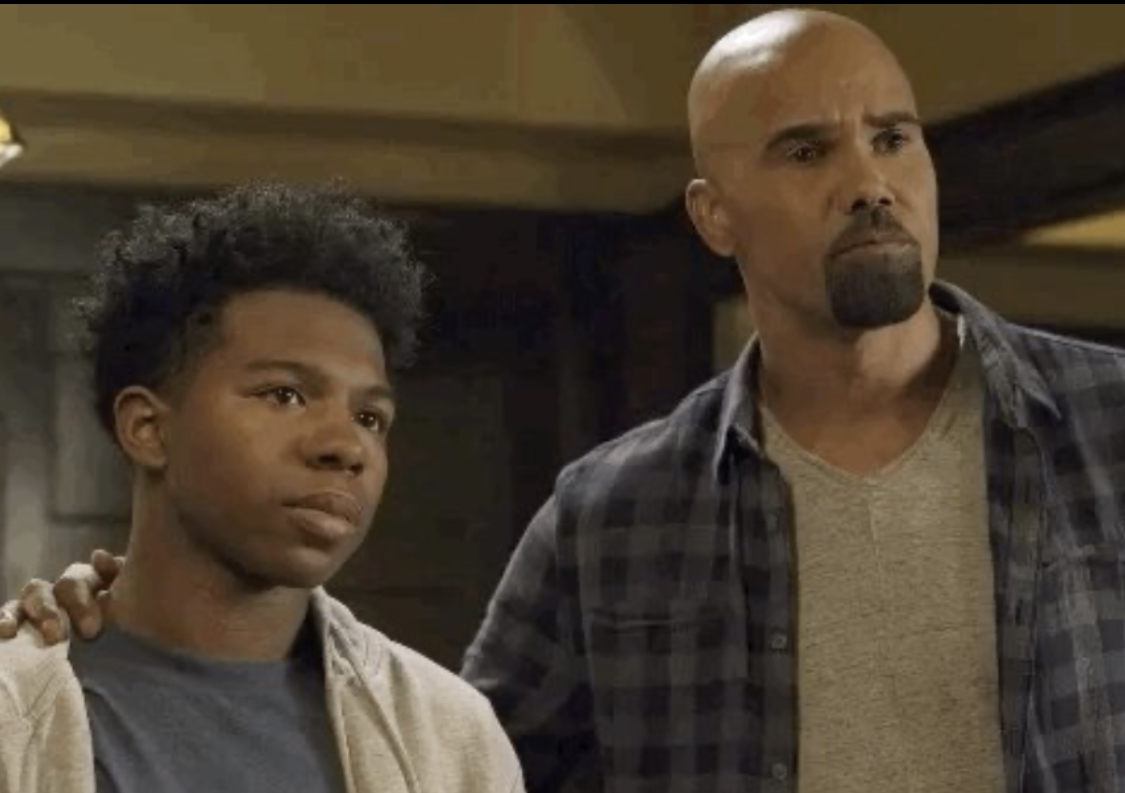 Hondo ended the call and returned the phone to his pocket.  Leroy was out of jail. In fact, he’d been free for three days and had not contacted his son nor made any attempt to see him. Hondo had not told the boy that his father was a free man and feared it was only a matter of time that both Darryl’s and his own life would explode as a result of his good intentions.

The call had come from Leroy’s probation officer; he hadn’t heard from the man since his release. Same old Leroy, same old story.  It was hard to believe that they had been best friends once but now he was sure that Leroy considered him an enemy.  Leroy had asked Hondo to speak to the parole board on his behalf; Hondo refused…his reputation and standing in the police force was too much to risk.  The refusal didn’t sit well with his childhood friend and Leroy had told him as much. The only weapon Leroy really had was Darryl and Hondo felt certain that he would use it against him and make him pay.

Both Hondo and Leroy had come from the same neighborhood, the same circumstances yet, both had made different choices. Leroy had always been quick to remind him that his choice had made Hondo’s life possible and he owed him.  Hondo’s guilt had kept him bound to an obligation he felt he owed his friend but as time went on, Hondo felt less inclined to risk it all for a man that no doubt would do something that would send him back to his familiar life behind bars. Hondo could only hope that it wouldn’t destroy Darryl in the process.

“Why didn’t you tell me?” He repeated.

“Darryl… I was hoping your father would contact you first…”

“But he’s been out for three days; you had three days to make another choice!”

“Darryl, I’m sorry. I’m not trying to keep you from your father, I’m trying to protect you!”

“Protect me? Or turn me against my father?”

The words hurt. Nothing in his past or present had hurt more. The fact was, Darryl wasn’t his son, he was Leroy’s and no matter what Hondo wanted, Darryl loved and idolized Leroy. It didn’t make sense, but it didn’t have to make sense.

“I’d never try to turn you against your father, Darryl.”

The remorse in Darryl’s eyes gave Hondo enough room to breathe.  The two had worked hard over the last couple of years to bond and become family. Darryl knew Hondo’s heart, but he also knew that one day he would have to make a choice between the two men who’d meant everything to him.

“I’m sorry Hondo, I didn’t mean that. I appreciate everything you’ve done for me.”

“You don’t have to apologize to me. I should have told you the moment I knew your father had been released. I just didn’t want you getting hurt if he didn’t contact you, that’s all.”

“I forgot that you know him better than anybody, including me. You knew I might not hear from him, didn’t you?”

Leroy was a free man, and he owed his freedom to a pandemic that had made it essential to free a convicted murderer. He wasn’t going to complain; he had business to take care of one of which was his childhood buddy who had left him hanging; nobody who owed him what Hondo owed him should ever keep him hanging. He made promises and Hondo knew better than anyone, that Leroy kept his promises.

His first order of business was to undo the craziness that Hondo and his family had put into his son’s head. He’d grown soft and nothing soft survived the streets. Talks of college and raising his son, would do nothing but make him vulnerable to what awaited him. Leroy had a reputation that would not and could not allow Darryl to be a sucker…not on his watch.

Leroy felt his phone vibrating in his pocket, and he knew it was his probation officer. The frustrated over-worked and underpaid government employee had no real power to send him back to prison as long as the pandemic ruled the world and had everybody running and hiding like bitches for cover.  Still, just in case, Leroy would return the call and play the game long enough to suit his purposes. It felt good being free, there was so much he had missed. Darryl had been so young when he’d gone in, now he was a man with a son of his own. The streets that he used to control were now in the hands of others. It was time to regain his place and what better way than with his son by his side.

Darryl still felt horrible about his encounter with Hondo earlier. His words were harsh, and Hondo didn’t deserve them.  The man and his family had taken him in when his own mother didn’t want him. Darryl’s father had made a life ruling the streets and he was stuck in a life that should have been abandoned with his fleeting youth.  Darryl knew more about his father behind bars that as a free man and now he felt excited and uncomfortable with the thought of his father being free.  Hondo had taught him that there were possibilities and a future beyond gang life. His life now was so contrary than what he had always known but it felt good. It was a life that he couldn’t share with his father. Still, he wanted his father in his life and he longed for the older man’s love and acceptance without having to prove his manhood on the streets.

“Shouldn’t you be heading out. You know how my son gets when your late for school.” Pops said half-jokingly.

Darryl hadn’t noticed the elder Harrelson enter the room. Like every other morning he headed for the coffee pot to fill his Oakland Raiders mug and then he would lean against the counter to mentally plan his day.

“I’m just about ready to leave, I promise.” Darryl responded.

Pops wondered how the young boy was adjusting to having his father out of prison; more importantly he wondered how he was dealing with the fact that Leroy had been out for a few days and had not come to see him.  Feelings of guilt hit him like a wave; he had been a neglectful father and after thirty years he was still paying for his sins.  The unmerited kindness from his son was worse than the outright disdain from his daughter some days, but that’s what guilt did, it made you hate yourself for all the things you should have done differently and for all the second chances that would not absolve you of your crimes.

Pops grabbed his jacket and his keys and just before Darryl reached the door, Pops caught up with him and placed a loving hand on his shoulder.  The two, one old and one young, both wanting more than they felt they deserved, shared a smile between them. The home of Hondo Harrelson had saved them both and taught them that only imperfect people were allowed on this side of the threshold.  The love that came from the most unlikely place, the broken heart of a little boy who had become a man, had breathed life into their souls and gave them the spirit and the hope to live again.

“It’s about second chances, Neil. Second, third, fourth, whatever, as long as you get at least one more than what anyone else wanted to give you.” – Nora Savic, The Foxhole Court