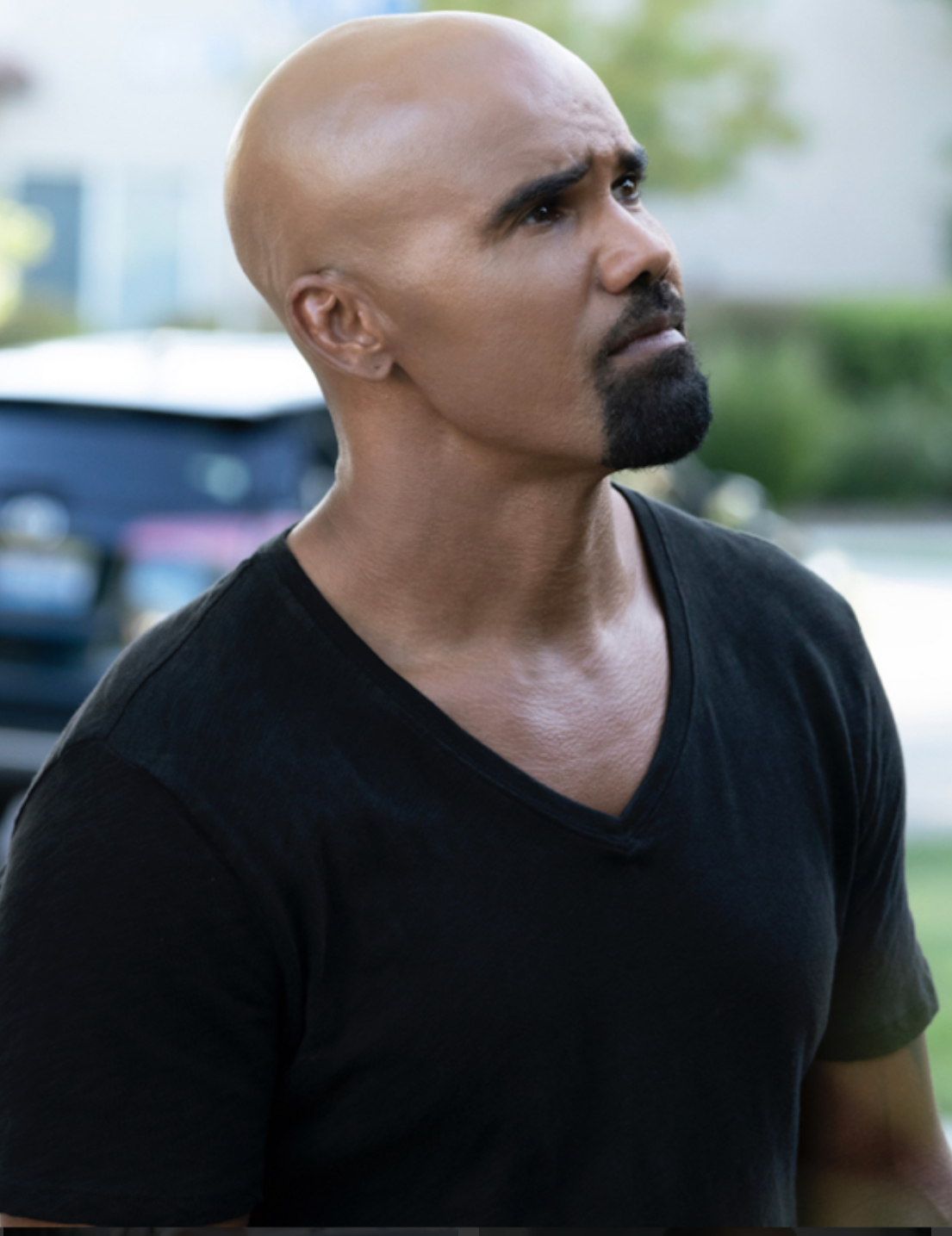 “Many people genuinely do not want to be saints, and it is probable that some who achieve or aspire to sainthood have never felt much temptation to be human beings.” – George Orwell.

It was 9 a.m. and by now Hondo would have already been at work for two hours; but not today. He had been placed on medical leave for the next four weeks and then on limited duty for another four weeks when he returned to work.  He was not happy; the pain that would not be ignored reminded him that he’d been bested. To make matters worse no one seemed interested in bringing his attackers in. The men who’d attacked him and beaten him nearly to death were sent by Herman Lauder; his main henchman, Maurice Jamison had done the dirty work. He along with another younger man had hidden behind black ski masks and black gloves, so there was no concrete evidence to prove his story…nothing but his gut instinct. It wasn’t enough for anyone but Hondo.  So, for the next eight weeks he would be denied his life’s calling and denied what he’d dedicated his life to.  It didn’t change his commitment to destroy Lauder and Jamison and anyone else who got in his way.

Hondo’s doorbell rang; he wasn’t expecting company, but he opened the door.  The tall graying man looked familiar he’d seen him over the years and knew he had a larger-than-life reputation within the force. He was the last person Hondo expected to see at his doorstep.

The older man flashed a bright smile and waited to be invited in.

“I hope I’m not disturbing you.”

Hondo stepped aside and let the man in.

“Thanks. I just made a pot of coffee would you like some?”

“I heard what happened to you. How are you?”

Hondo handed the cup of steaming black coffee to his guest.

“Your file came across my desk; you made some pretty provocative accusations, Sergeant.  You really think Herman Lauder had something to do with your attack?”

“I know he did, and I know his right-hand man, Maurice Jamison and another man are the ones who did it.”

“Let me guess, since their faces were covered, you have no way to positively identify them.”

“You got it.  I swear Herman Lauder has some pretty powerful friends.”

“I believe he killed Buck Spivey.”

“Buck was killed! He was looking into Lauder and he must have gotten too close, but it doesn’t matter now.”

“Yeah I heard the feds came in and ordered you to stop looking into Mr. Lauder’s business.”

“That’s right, they even took the files that Buck had left behind for me in case something happened to him.”

“You didn’t by any chance make a copy of those files, did you?”

Hondo felt the hair on his arms stand up.  Something wasn’t quite right; a man who he only knew by reputation was suddenly paying him a visit and asking about Lauder. The only way Lauder had been able to get away with what he had all these years was to have help within the force.

“No there wasn’t time for that. They showed up out of the blue and took everything.”

“Let’s just say, me and my team don’t take kindly to our fellow brothers in blue being victimized by scum that the system seems to want to protect over those who put their lives on the line every day.”

“Well that’s noble Lieutenant but, there’s not much we can do about it.”

“That’s where you’re wrong Sergeant; there is, and we are.”

“What are you talking about?”

“Let’s just say, we found out who the second man is who was with Jamison. We’re going to bring him in for questioning.”

“Yeah, so you see not everybody is willing to let crime go unchecked in this city; especially if it’s against our own.”

“I don’t know what to say; do you think he’ll turn on Lauder and Jamison?”

“Thanks for stopping by Lieutenant.”

“Of course, if we don’t take care of each other who will, right?”

Both men headed toward the front door. Hondo was still wondering what the real purpose of the visit was.  No one was any loyal than he was, but he’d learned the hard way that not everyone on the force believed in right and wrong. So, until he knew more about De Silva, he would be very careful. Just as De Silva stepped outside, he turned to face Hondo.

“Oh, and I think it might be wise to keep this conversation to ourselves not everyone agrees with the way I get things done.”

“Well you do have the highest arrest record on the force.”

“It’s because I’m willing to do what has to be done to keep this city safe. I hope when your back on your feet you’ll be willing to join me; I could use a man like you.”

“What I’d need from you wouldn’t affect your work with S.W.A.T., just think about.”

Hondo shook his hand and watched as Lt. De Silva headed to his car.

Chris pulled up just as Hondo’s guest pulled away; she knew him, knew of him and he scared her.  She wondered why he had paid Hondo a visit and it worried her.  Hondo waved and waited for her before going back inside.

“Was that De Silva?”

“I didn’t know you too were friends.”

“We aren’t. I’ve never met him until today.”

Deacon, Luca, Street and Tan had just finished dressing and were headed out of the locker room toward the command center. The mood was solemn with Hondo missing. All of them were preoccupied with Hondo’s attack and all of them were angry at the fact that no one had been arrested even though Hondo believed he knew who they were. It didn’t sit well with any of them.

“Has anybody talked to Hondo?” Deacon began.

“I called him last night, but his Pops said he’d already gone to bed.” Street answered.

“Yeah I thought about going by after work and checking on him.” Luca added.

“Chris is stopping by this morning before coming in.” Said Tan.

“I’m worried about him.” Street began.

“We just have to keep in touch, stay close and let him know we’re here for him.” Offered Deacon.

“I swear if I catch who did this…” Luca began.

“You’ll have to stand in line.” Street promised.

The four continued on toward Ops in silence they knew that despite what had happened to Hondo, they still had work to do and they had to keep their focus in order to protect the city from harm.  If someone was bold enough to attack a cop in broad open daylight, then the everyday citizens of Los Angeles were at more risk than they realized.

An hour later Chris arrived and joined the others. She looked concerned and everyone picked up on it.

“Hondo’s in a lot of pain; left the hospital way too early.”

“Yeah but that’s not what’s bothering me.”

“I saw De Silva leaving Hondo’s place just as I drove up.”

“Death Dog De Silva? That man and his team have arrested more bad guys than anyone on the force.” Luca chimed in.

“Do you know how he got that record?” Chris began. “By bending the law and some say he’s even broken the law. He and his team operate in the shadows while the law turns a blind eye.”

“They get the job done.” Street began.

“But at what cost?” Chris added.

Detective Paula DelDotto pulled into the alley just short of the taped off crime scene.  She’d been in the middle of a rare family dinner when the call came in of a dead body in an alley near hooker’s row.  She wasn’t in the mood but, after fifteen years on the force this was par for the course and so she joined the other officers on the scene.

“Can it Krasinski just give me the details. If we hurry maybe I can get back for dessert.”

“You know me so well, Sergeant.”

The two chuckled as the detective pulled on a pair of blue latex gloves and began walking the crime scene. Slowly she bends down and uncovers the victim.

“GSW to the chest at close range.” She began.

“Nobody’s a kid out here.” DelDotto continued.  “He knew his killer.”

“He didn’t run. If he’d run, he would have been further into the alley and his body would be positioned differently. It’s like he may have been waiting on someone.”

“That someone killed him.”

“I want this killer and I want him yesterday!” She added.

“We’re doing all we can Detective.”

“Well, do more. Have forensics turn this alley inside out!”